HP has launched a trio of new computing devices just a couple of days before CES 2020. The company has unveiled the refreshed Spectre x360 laptop that sports a new design and is powered by 10th Gen Intel processors. The other laptop unveiled by HP is the updated Elite Dragonfly, which is claimed to be the world’s first business laptop with support for 5G connectivity and also a features built-in Tile tracker, an industry-first for a laptop. HP has also unveiled the upgraded Envy 32 All-in-One (AIO) desktop, which comes equipped with up to Nvidia GeForce RTX 2080 graphics. The company has also announced a couple of docking monitors, the HP Renew Sleeve, and a pair of bagpacks as well.

The updated HP Spectre x360 15 further trims down the bezels by up to 60 percent, and packs a 15.6-inch 4K OLED display with 90 percent screen-to-body ratio. It can be configured with up to Intel’s 10th Gen Core i7 processor, while graphics are handled by Nvidia’s latest GeForce GPUs. The slim laptop offers Wi-Fi 6 connectivity and comes with the Webcam Kill Switch for privacy. There is a fingerprint reader for authentication, while Express VPN and LastPass come preloaded for security. The updated HP Spectre x360 15 laptop is priced at $1,599.99 (roughly Rs. 1,15,000) and is now on sale from multiple online and retail outlets starting March 2020.

The second-generation HP Elite Dragonfly is touted to be the world’s first business laptop to offer 5G connectivity support. It also comes with built-in Tile tracker that sends alerts to users when the laptop is misplaced or left behind. It is powered by up to 10th Gen Intel Core i7 processor paired with a peak 16GB of RAM and Intel UHD graphics, while the storage goes up to 2TB PCIe Gen3 NVMe SSD. It features a 13.3-inch display with both full-HD and 4K resolution options, alongside Corning Gorilla Glass 5 protection. However, HP is yet to detail the privacy and availability details of the new Elite Dragonfly laptop. 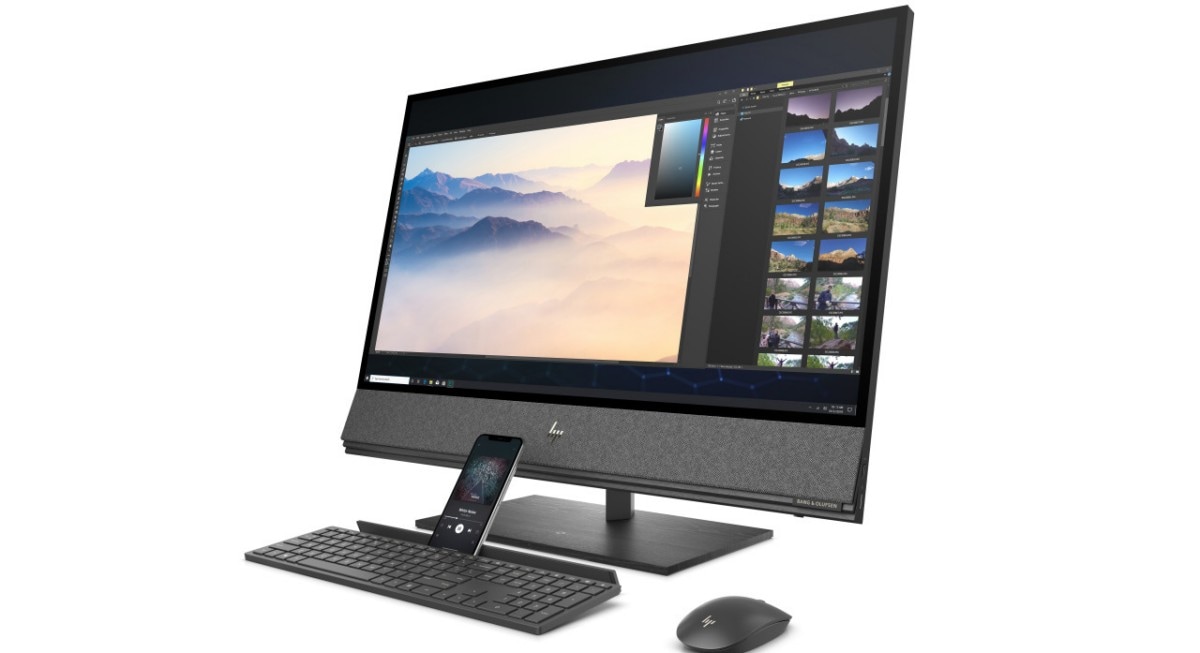 HP’s new Envy 32 All-in-One desktop is said to be the world’s first PC to pack an HDR600 Display with 6000:1 contrast ratio and 4K resolution. It can be configured with up to 65W 9th Gen Intel Core i7 processor, paired with Nvidia’s GeForce RTX series graphics, 32GB of DDR4 RAM, and 1TB of SSD with dual storage options. It comes with built-in custom Bang & Olufsen-tuned front-firing tweeters and subwoofer speakers. It is priced at $1,599.99 (roughly Rs. 1,15,000) and is now available to purchase from the official HP website.

Additionally, HP has also unveiled the E24d G4 and E27d G4 Advanced Docking Monitors starting at $379 (roughly Rs. 27, 500), and will go on sale later this month. The company has also launched the HP Renew Sleeve that will be available in April priced at $60 (roughly Rs. 4,000). The HP Spectre Folio Backpack and Topload have also gone official, and they hit the shelves priced at $199.99 (roughly Rs. 14,500) starting next month.

Will OnePlus Concept One be the most exciting announcement from CES 2020? We discussed this on Orbital, our weekly technology podcast, which you can subscribe to via Apple Podcasts or RSS, download the episode, or just hit the play button below.

Hide.me is the latest VPN to join the i2Coalition

Chinese New Year 2020: How to Buy Mobiles, Other Gadgets From...

One of our favorite Chromebooks is the star of this fantastic...

Leakers disagree about whether leaked images are really the OnePlus 8...

The best 5G phones you can buy right now

A World With a Billion Cameras Watching You Is Just Around...

The best January sales 2020: grab one of these final deals

This Ring Doorbell 2 and Chime bundle is now cheaper than...